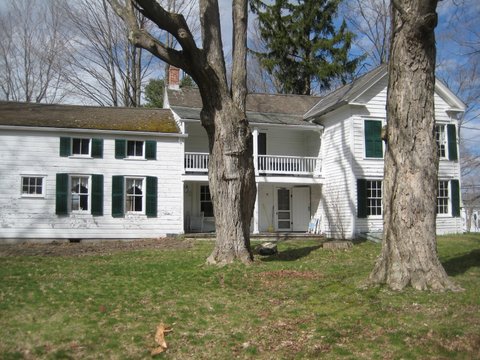 House prior to renovation in 2013 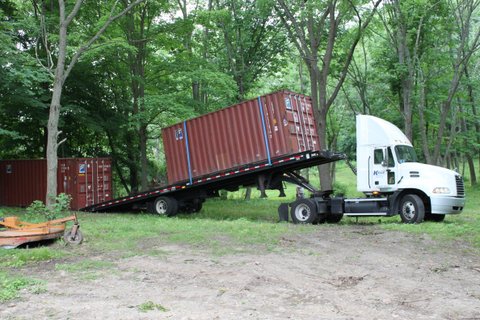 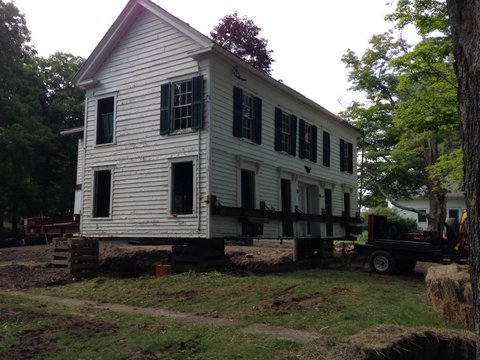 House is elevated 36 inches to make room for new basement 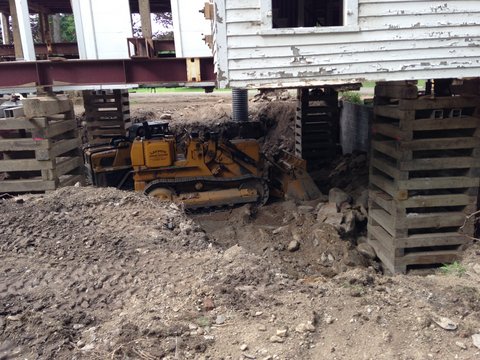 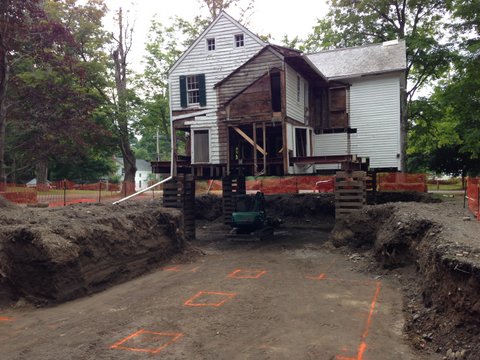 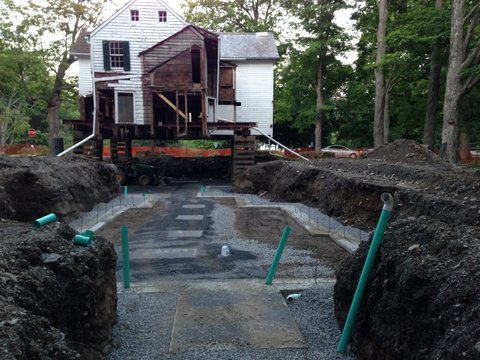 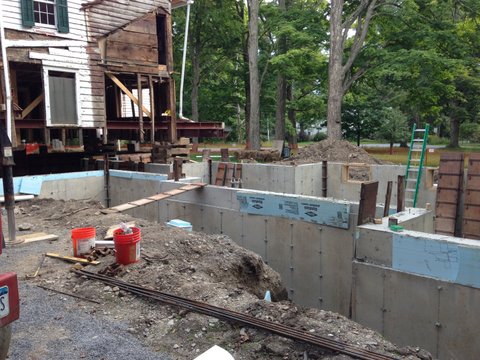 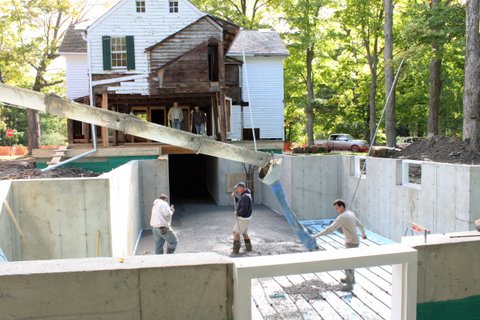 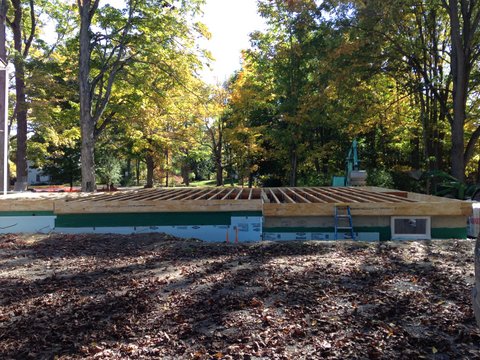 Foundation in with floor joists in new section 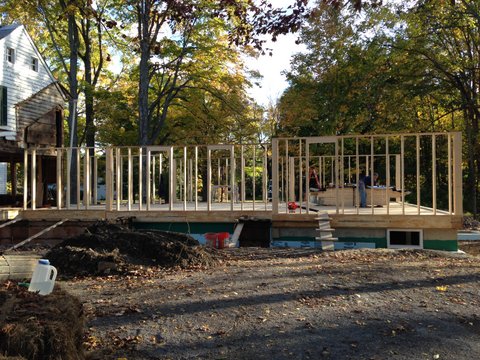 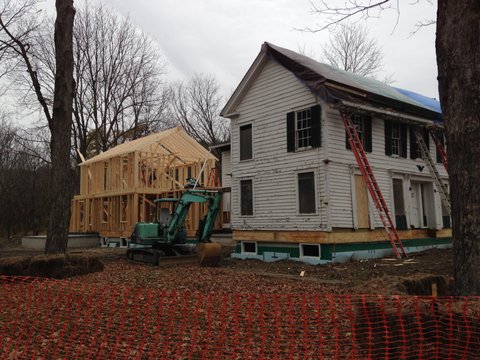 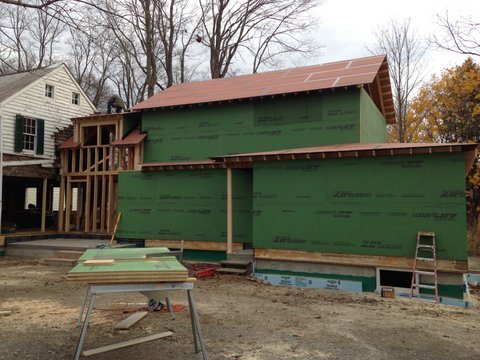 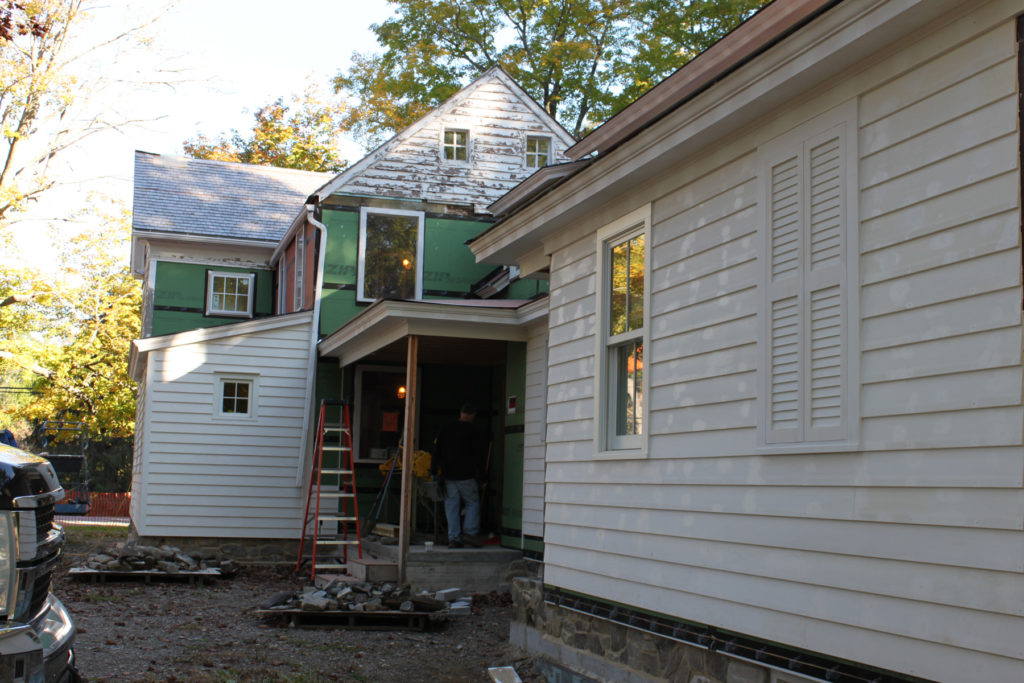 Siding going on new and old sections, windows in 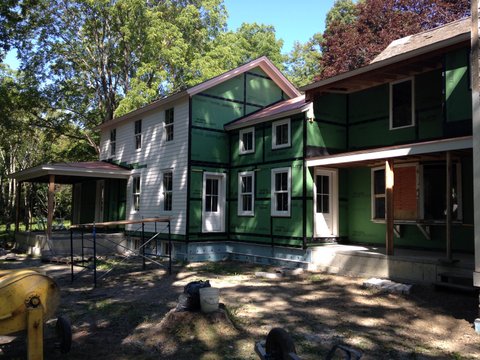 Siding gong on, porches in place 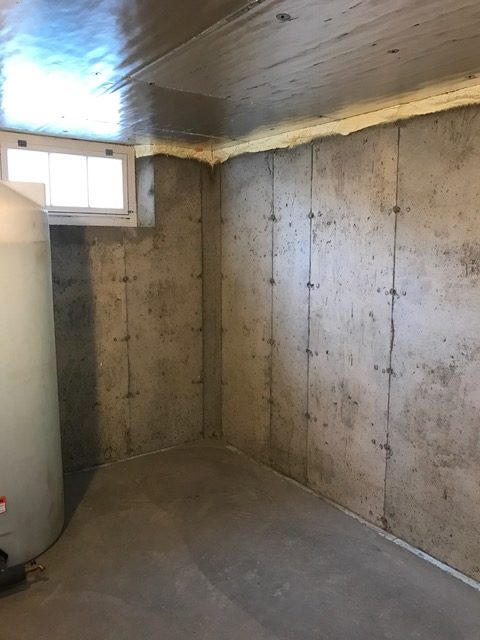 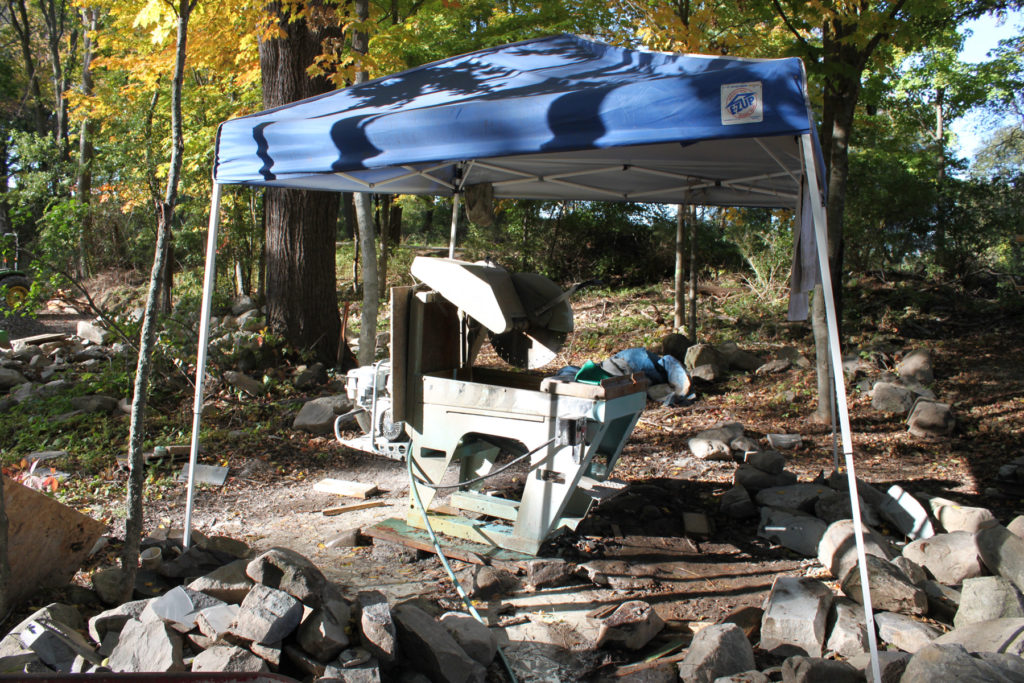 Stone Saw that cut the rocks from under the house 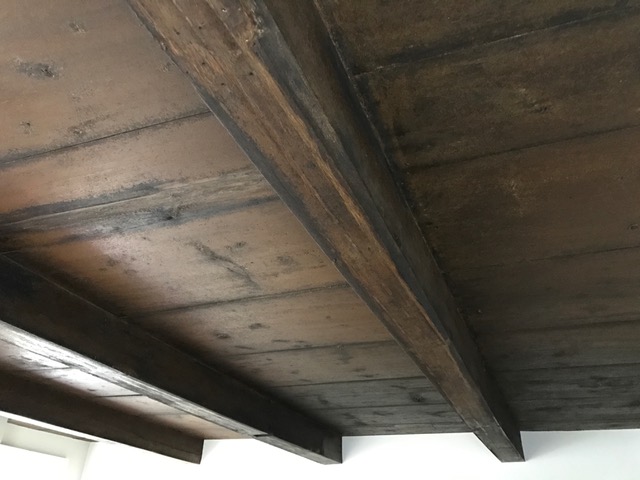 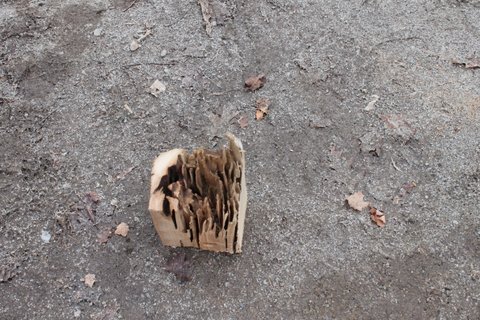 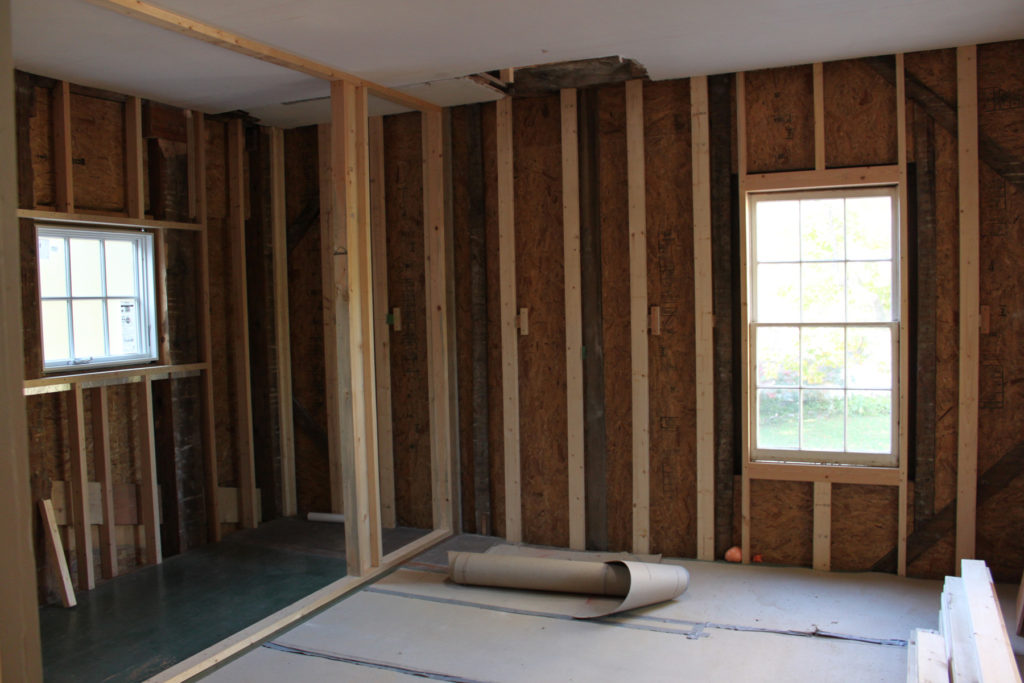 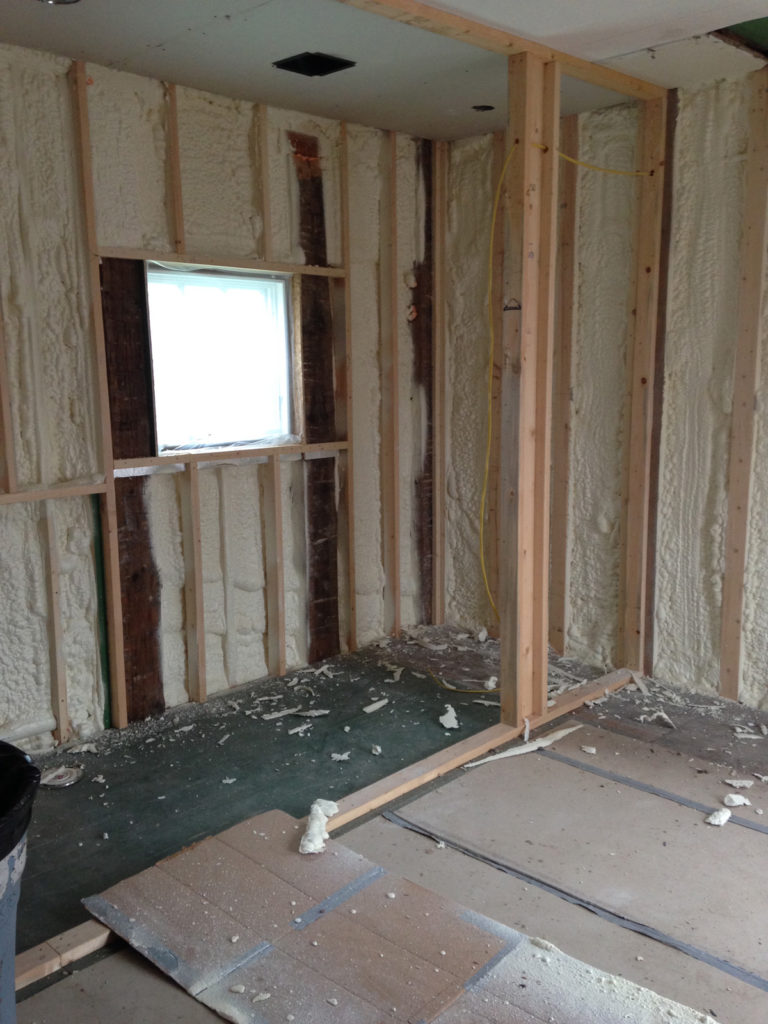 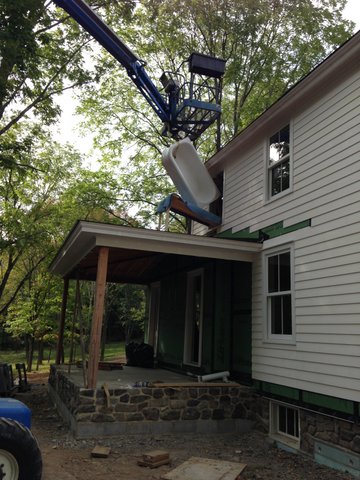 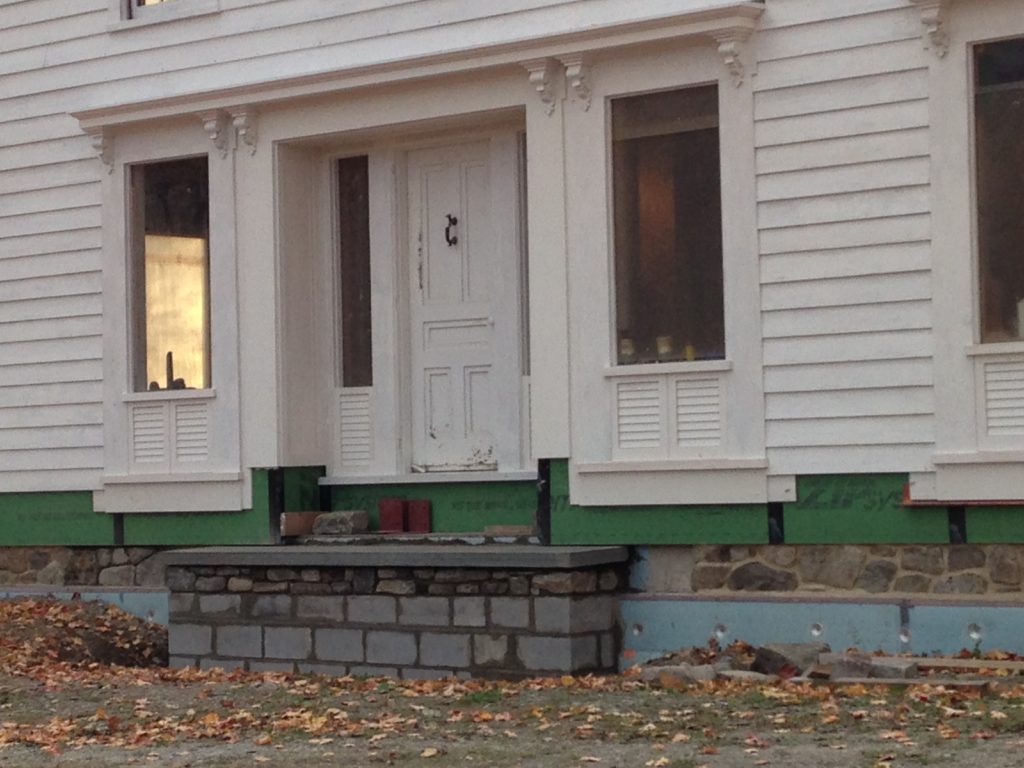 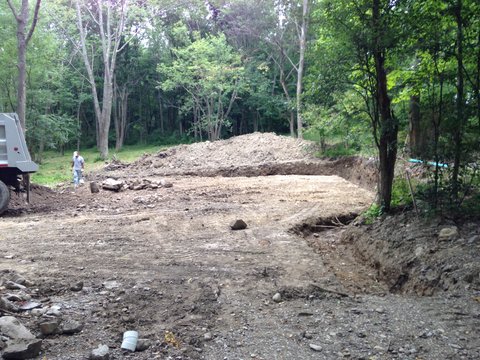 Start of parking area in rear of house 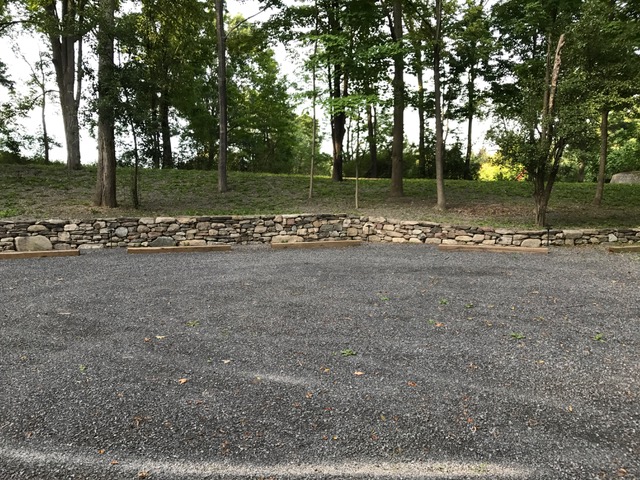 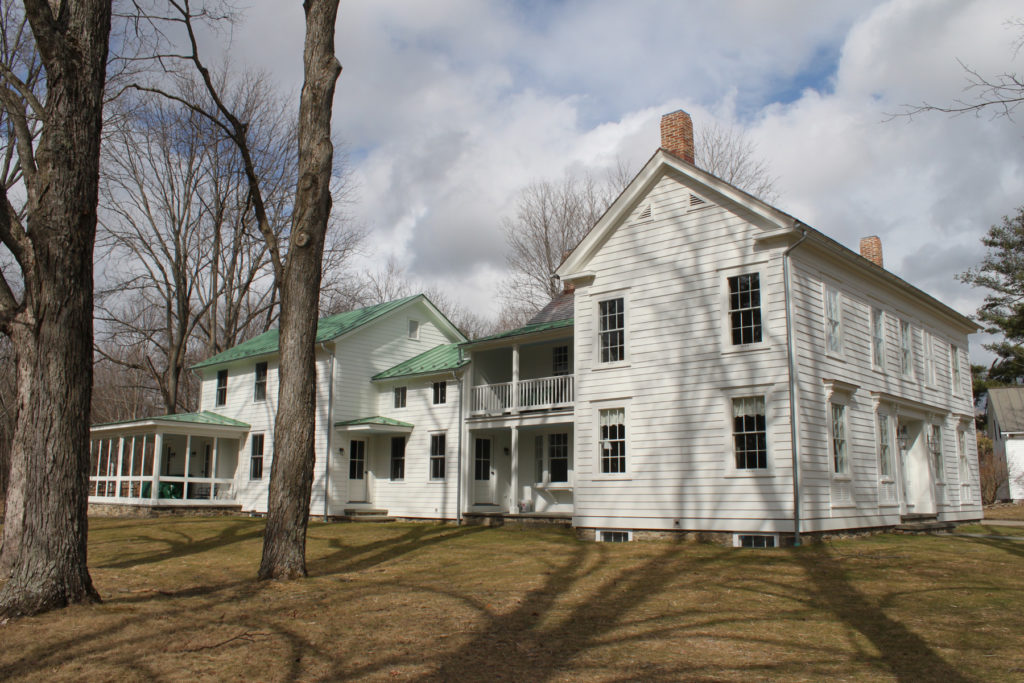 House after renovation in 2017

Innkeeper Nancy Vazac Jackson is proud of the transformation of this historic building over a three year painstaking process.

After so many years in use as a private home, undertaking the transformation to modernized bed & breakfast was a big project.  Many changes and updates were going to be needed (and more adjustment made midstream, too.)  Nancy always wanted to preserve the original integrity of the house, add space for her own residence and modernized (like heating, storm windows, air conditioning, refinished floors)---without having them overwhelm the sense of history of a house built in the 1780’s.

The renovation involved removing the entire rear section and adding a larger replacement for owner's residence.

In preparation for the major renovation, a cargo container was placed in the backyard.  All salvageable doors, windows, flooring and fixtures that were going back into the house were stored there while the structural work on the house proceeded.

After the entire rear section was removed, the front 2 sections were lifted and a basement for the new footprint of the entire house was created. Footings, walls and a floor were poured. Insulation and water-proofing was added. This resulted in a clean, moisture-proof, insulated basement.

The elevated house was then placed down on new floor joists and the rear section deck and framing began. From then on, the work involved building a new house (the rear section) and renovating a very old house (the front 2 sections). There were many good surprises and some not so good surprises along the way. Removal of the ceiling in the front parlor revealed original chestnut beams, some as wide as 22 inches. Then, there were the carpenter ant and powder post beetle damage in the breakfast room that required beam replacement and metal reinforcements.

Stones retrieved from under the house when the house was lifted, were cut with a large stone saw and were used to create a veneer around the lower portion of the house. Excess stones were used in the parking lot wall.

Siding from the exterior of the house that had been stored in the cargo container and reapplied in the old sections;  new siding was put up on the new section. Interior work began, with plumbing, heating, A/C duct work and electric wiring put in place and then covered with foam insulation. In the old sections windows were dismantled, glass removed, scraped and cleaned, reglazed and put into the restored window frames. In the new section new windows and doors were installed.

Porches on south and north side of the house and front steps were completed. Chimneys and fireplaces were replaced.

Interior work continued with sheetrock, taping, painting and final flooring put down. Kitchen appliances were installed, final trim around windows, doors and the baseboards were completed and painted.

Outside, landscaping was completed and grass seed put down. Two new trees were planted on the Elliot Road side of the lawn, replacing the 2 very old dying trees that were removed during road improvement in that area. Stone walkways were put in place for main entrances and in the parking area. Lighting along parking area and a lamp post near the main entrance were placed.  The parking lot in the rear of the house was completed and the driveway surfacing was put down.

Visitors with interest in the project are encouraged to ask for the full tour and see more before and after pictures.